‘It is not our experience that makes our live, it’s what we do with it.’

‘It’s the space that allows the imagination to breathe.’

Interestingly, Iyer chose Kyoto to live, with it’s 800 temples.  (Japan is creeping in again.)  He also made reference to Leonard Cohen at his monastic practice at Mount Baldy in California, from which he emerged at the age of 74 to a monumental rebirth in his career.

Since we became free to travel the world, we have chosen to stay still.  In a world where everyone wants ‘exotic’ travel, how reassuring Iyer’s view is.

I have a lot of time for Alan Johnson.  Commsonsense, pragmatism.  Not qualities associated with many MPs.

He was a judge of the Samuel Johnson prize.  He recommends the following:

H is for Hawk – Helen Macdonald

The Thing About December – Donal Ryan

References during the Reading Critique

Born in 1931 in Portsmouth, her work, rich in allegorical references,  charts an odyssey encompassing the universal and intensely personal. Recurrent themes are the fragility of the human condition and the immorality of war. http://www.rozannehawksley.com/

Born in 1969 in America, Chantal Joffe is an English artist based in London. Her often large-scale paintings generally depict women and children. In 2006, she received the prestigious Charles Wollaston Award from the Royal Academy. Wikipedia

Why People Photograph: Selected Essays and Reviews by Robert Adams

Giorgio Morandi, born in 1890 and died in 1964, was an Italian painter and printmaker who specialized in still life. His paintings are noted for their tonal subtlety in depicting apparently simple subjects, which were limited mainly … Wikipedia

Kathleen Eileen Moray Gray,  born in 1878 and died in 1976, was an Irish furniture designer and architect and a pioneer of the Modern Movement in architecture. Educated at Slade School of Fine Art, University College London Wikipedia

Kathrin Passig is a German writer born in 1970.

William Kentridge born in 1955, is a South African artist best known for his prints, drawings, and animated films. These are constructed by filming a drawing, making erasures and changes, and filming it again. Wikipedia 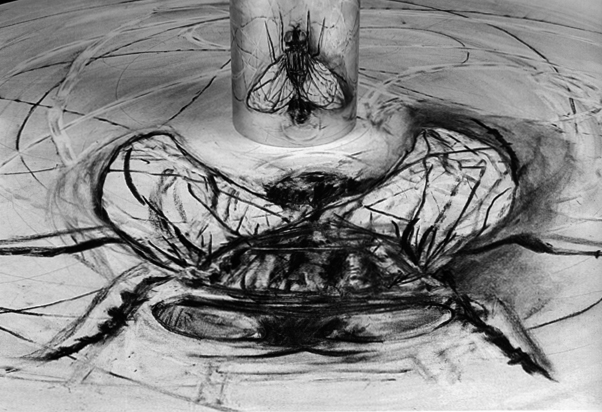 What Will Come (has already come), 2007 animated film.

Echelman is the epitomy of turning an adversity into a triumph, ‘sharing the rediscovery of wonder.’  When her paints didn’t arrive in India for a training she was running, had to adapt to materials available, fishing nets.  This work developed into huge, technically engineered, sculptures.