Whilst holidaying in Greece I wanted to see some Greek icons.  The Orthodox Church and Greece had played an important role in John Tavener’s life and I was curious.

My host had discovered a tiny Chapel in the middle of nowhere whilst out running.

We abandoned the car on some wasteland and walked uphill for the final few minutes to get there. 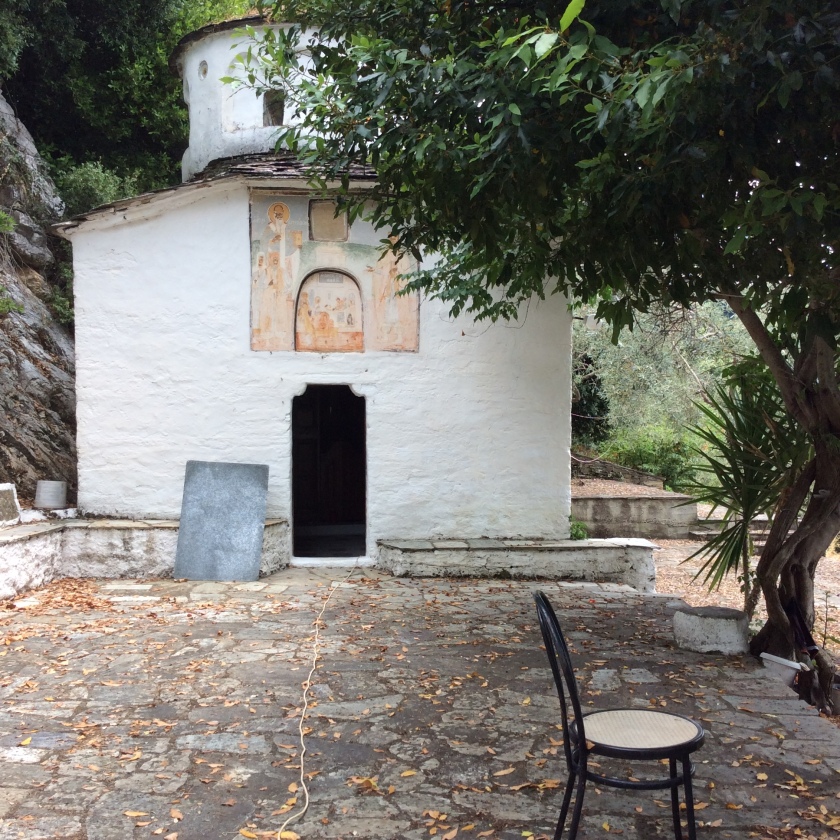 The door was being lovingly repaired as we approached.  The humble exterior did not prepare me. 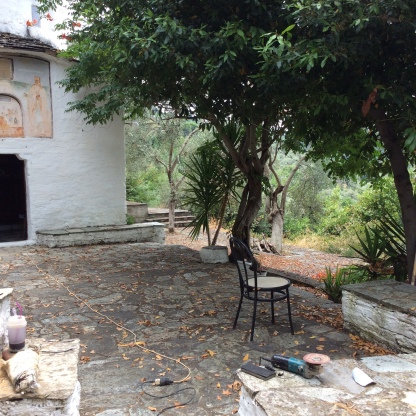 The interior is extraordinary.  A joyous celebration of the Orthodox faith, far removed from the pain and suffering so beloved of the Pugin chapel. 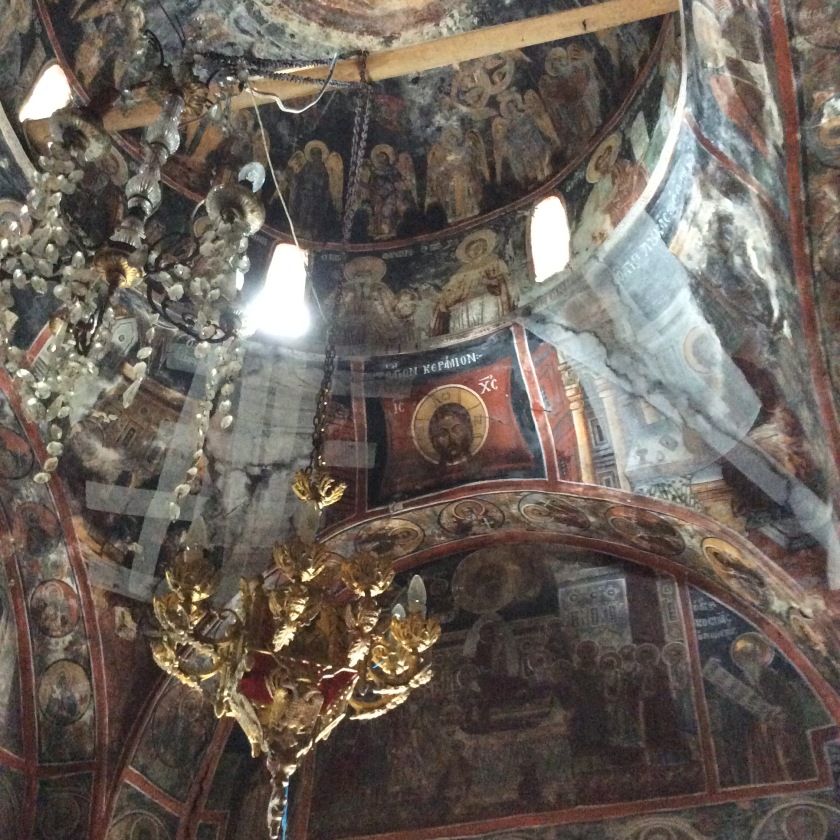 Walls, ceiling, every possible surface decorated (and in surprisingly good order), with saints and symbolic images. 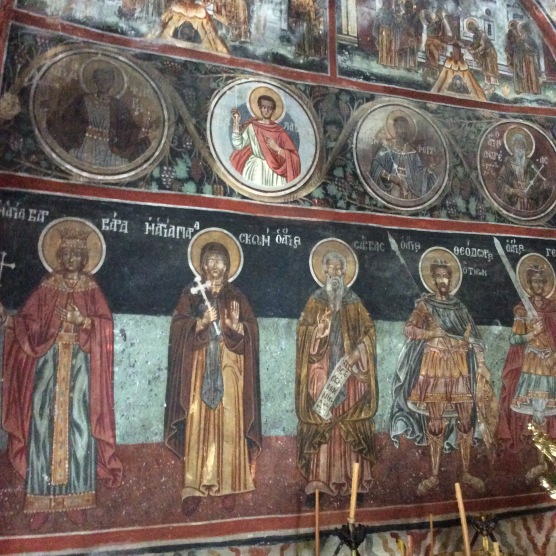 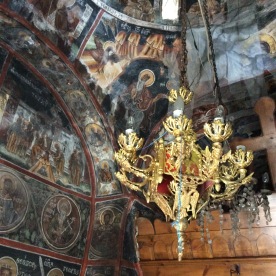 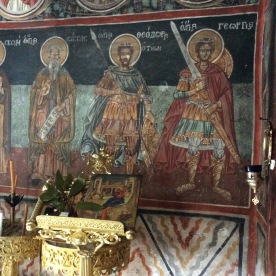 The passion and love that had created this jewel of a building was palpable. 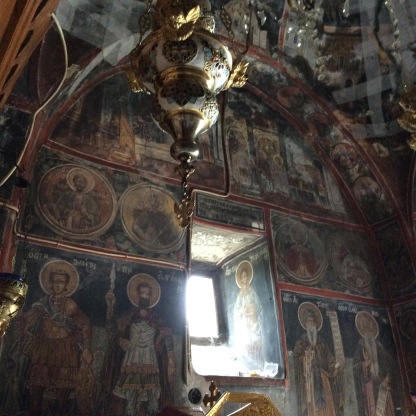 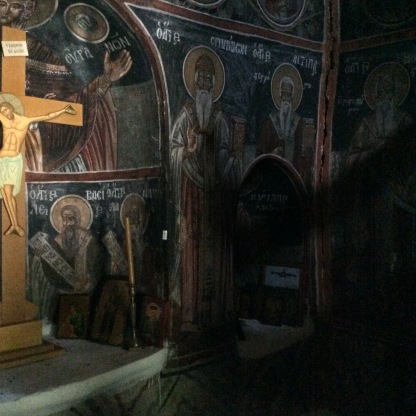 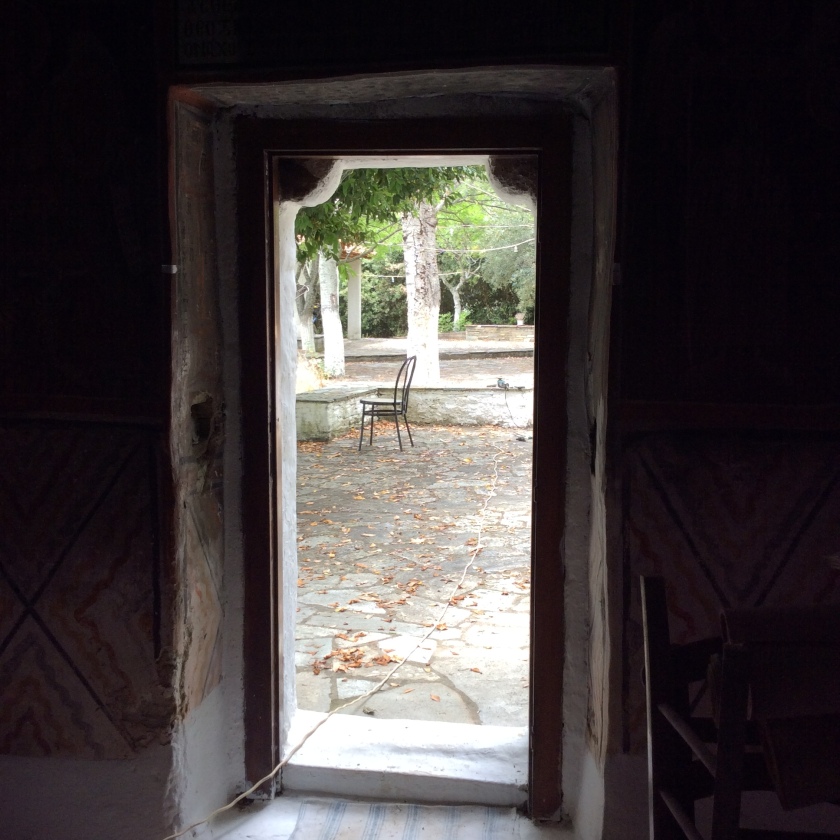 I clearly had a misconception about icons, in particular the preciousness, which was brought home to me at another Chapel in Milies, where there were row upon row for sale in the entrance at 5 euro a time. 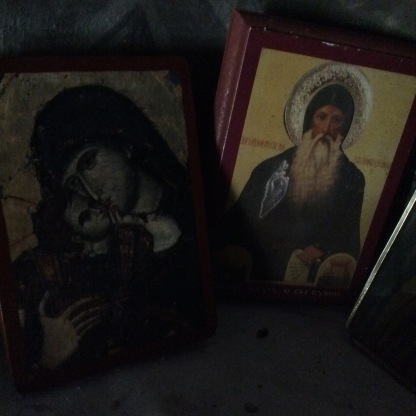 The icons may not have lived up to expectation but the Chapel was an unexpected delight.